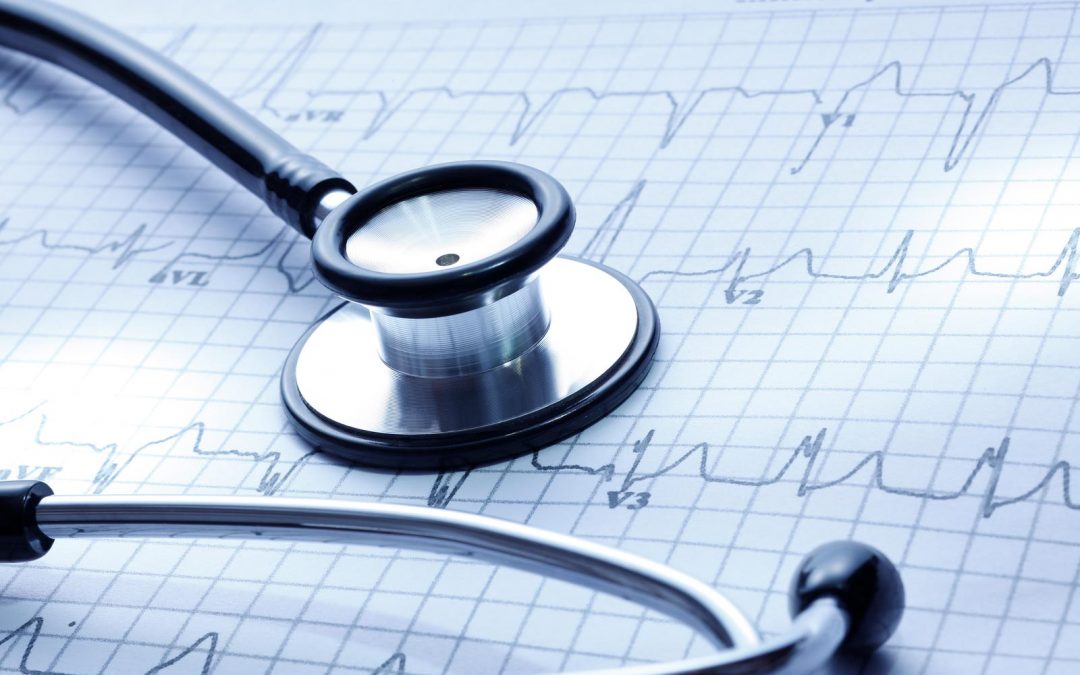 The Statutory Accident Benefits Schedule requires an individual to suffer 55% whole person impairment under The AMA Guides 4th edition in order to meet the catastrophic impairment threshold.  The Guides allows rounding to the nearest 5% such that the de facto threshold becomes 53% WPI.

The following introductory comment is found on Page 2 of the AMA Guides 4th edition,:

“An impairment percentage derived by means of the Guides is intended, among other purposes, to represent  an  informed estimate of the degree to which an individual’s capacity to carry out daily activities has been diminished.”

From this highly qualitative statement which contains the word “estimate”, catastrophic impairment assessors are expected to select an exact score in a whole person impairment scenario in which 53% meets the threshold while 52% does not.

With the courts demanding single percentage precision, how are the Guides to be used in Ontario such that an assessor could identify rating to this precision? In fact, the Guides state on page 5 that we shouldn’t even be doing what we’re doing:“It must be emphasized and clearly understood that impairment percentages derived according to Guides criteria should not be used to make direct financial awards or direct estimates of disabilities”.

How do the AMA Guides evaluate function?  There are four methods of rating impairment in the Guides:  Amputation Tables, Range of Movement Tables, Diagnosis Related Estimate (DRE) Tables and Ordinal Score tables (such as Mild,  Moderate,  Marked, etc.).  The first three tables provide exact per cent impairment scores.  The assessor identifies the level of amputation, the exact range of movement or the diagnosis, and reads off the precise integral score.  However, not all body parts are addressed in these tables.  For example, Mental and Behavioural Impairment, Mental Status impairment and many other impairments are only rated by ordinal ratings of Mild, Moderate, Marked and most but not all of these are accompanied by ranges of percent impairment such as  1-14% for Mild, 15-29% for Moderate and 30-49% for Marked impairment.

The difficulty arises in choosing an exact percent from an ordinal score (Mild, Moderate, etc) leading to a WPI range (1-14%, 15-29% etc.).  Typically, the assessor must interpret how the impairment fits into vague descriptors found in these tables such as, in the case of Mental Status Impairment, “Impairment exists but ability remains to perform satisfactorily most Activities of Daily Living”.

In the example of Mental Status impairment, some of these words are not defined, such as “exists”,[how significant must its presence be expressed?], “ability remains”[does this require a comprehensive test of disability to determine how much and of what quality disability is identified?] “satisfactorily” [satisfactorily to whom?] or “most” Activities of Daily Living [this is particularly noteworthy in that there are three somewhat different listings of “Activities of Daily Living” the various chapters Guides].

In spite of the problematic nature of this definition (and others), arbitrators and adjudicators have directed that exact percentage should be determined for these numerous issues collectively and that clinicians must do so by using “clinical judgment”.

But “clinical judgment” offered by doctors in the world in which they practise medicine, identifies not such numerical precision, Doctors work with differential diagnosis of disease. Remember, doctors are trained in diagnosis and treatment of disease, not the measurement  of impairment.

There is a disconnect here when medical doctors are required to offer their clinical judgment to identify a quantitative rating to single percentage exactness representing the degree of impairment that they are not technically qualified to identify and for which the Guides mostly provide only vague definitions..

The AMA Guides provides no rules regarding how to choose a number within a range when that range is the only evidence available. This is leading to some chaos in the system. Do you choose the middle point in a range, an exercise preferred by some assessors and triers-of-fact? I believe that if the AMA Guides wanted the assessor to choose the middle point of a range, they would have indicated such.  But they didn’t.  This is becoming more and more important as we are now seeing real cases that for a missing single per cent, the claimant falls short by 1% WPI and fails to meet the catastrophic threshold.

So the best we can do here, as doctors, is to provide an “educated guess”. To me, even as a non-lawyer, that cannot be what the courts expect from us. What is the probative value of an “educated guess” and how does it compare to its prejudicial value?  Especially when one percentage point may make the difference between meeting the threshold or not.

An illustrative rating example is in the diagnosis of GERD, Gastro-Esophageal Reflux Disease, the condition we see in the TV ads for medications such as Prilosec (omeprazole) where actor is being attacked by the fatty foods he has been eating.  Impairment rating obviously can fluctuate within each impairment class, depending on what and when the person eats the offending food, his day to day stress levels which produce stomach acid independently, and what medications he may or may not be taking that either exacerbate the condition or treat it.  The TV ads suggest that if he used their product, the rating would be 0% and if he didn’t, it would possibly be as bad as 15-29% or, as the AMA Guides would direct, Moderate impairment. Go ahead and pick a number.  And if you choose 22% as the midpoint, be prepared to explain to the trier-of-fact why the impairment isn’t worth 21%.  Or 23%.

The closest the Guides comes to identifying a rule is where it provides, in a number of instances, the directive that when more than one method is available to identify an impairment rating in the various AMA Guides chapters, the assessor should choose the method that provides the highest rating.

Can this directive be applied to impairment ranges?  Where ranges of impairment are provided in the AMA Guides, they specifically reflect impairments that fluctuate with time and circumstance and which may be affected by the interaction of all of the other impairments that the patient may experience. It is important to understand that the interaction of all these other factors on the impairment being rated can in fact increase the final whole person impairment score as a result of the synergy of such combined factors. There are many potential examples of such interactions, but consider only one, sleep impairment, as a seminal example of such interaction of other impairments on an individual’s ability to obtain restful sleep. And notwithstanding the vague descriptors in the Guides and the rigid expectation of triers-of-fact that assessors must identify specific single percentage impairment scores, it must be understood that  numerous external factors such as rainy weather2  indoor air quality3  and even small variations in temperature4  have been  demonstrated in epidemiological research studies to affect human performance.

I believe the solution must come from the courts, not the clinicians.

The Regulations governing No Fault auto insurance in Ontario are based on consumer protection.  These Regulations are remedial and direct their use “for the purpose of reducing or eliminating the effects of any disability resulting from the impairment or to facilitate the person’s reintegration into his or her family, the rest of society and the labour market”.   How does this directive impact on rating for catastrophic impairment?

“It should be understood that the Guides does not and cannot provide answers about every type and degree of impairment, because of the considerations noted above and the infinite variety of human disease, and because the field of medicine and medical practice is characterized by constant change in understanding disease and its manifestations, diagnosis, and treatment. Further, human functioning in everyday life is a highly dynamic process, one that presents a great challenge to those attempting to evaluate impairment.

The physician’s judgment and his or her experience, training, skill, and thoroughness in examining the patient and applying the findings to Guides criteria will be factors in estimating the degree of the patient’s impairment. These attributes compose part of the “art” of medicine, which, together with a foundation in science, constitute the essence of medical practice. The evaluator should understand that other considerations will also apply, such as the sensitivity, specificity, accuracy, reproducibility, and interpretation of laboratory tests and clinical procedures, and variability among observers’ interpretations of the tests and procedures.”

When it comes to rating within a designated impairment range provided in the Guides, I question how well a doctor’s simple “clinical judgment” developed across a desk in an office evaluation setting can identify precision to a single per cent WPI and how that precise score can be accepted when provided in a court of law.  I pose this question in the context of this passage from the Guides, especially when the doctor’s opinion must be sufficiently accurate to distinguish 52% from 53% whole person impairment.

Furthermore, the Guides indicate on Page 9 that, “…two measurements made by the same examiner and involving a patient or a patient’s functions may be expected to lie within 10% of each other.”  But what about two different examiners measuring a patient’s impairments on different days?  I would suggest that the differences between the two different examiners on different days (usually the circumstances seen in plaintiff and defence assessments in Insurance litigation)  would clearly exceed this arbitrary “10%” impairment score variation.

The attempt to reduce uncertainty is still inconsistent and the effort by the courts is as yet incomplete. I trust that at the highest levels, at least, the uncertainty in the process can be reduced.

1 This article is adapted from Dr. Harold Becker’s presentation at the Medicolegal Society of Toronto, February 21, 2018

4 Battle of the Thermostat’: Cold Rooms May Hurt Women’s Productivity – The New York Times. May 22, 2019  https://www.nytimes.com/2019/05/22/health/women-temperature-tests.html#click=https://t.co/UtdCFUdxlX